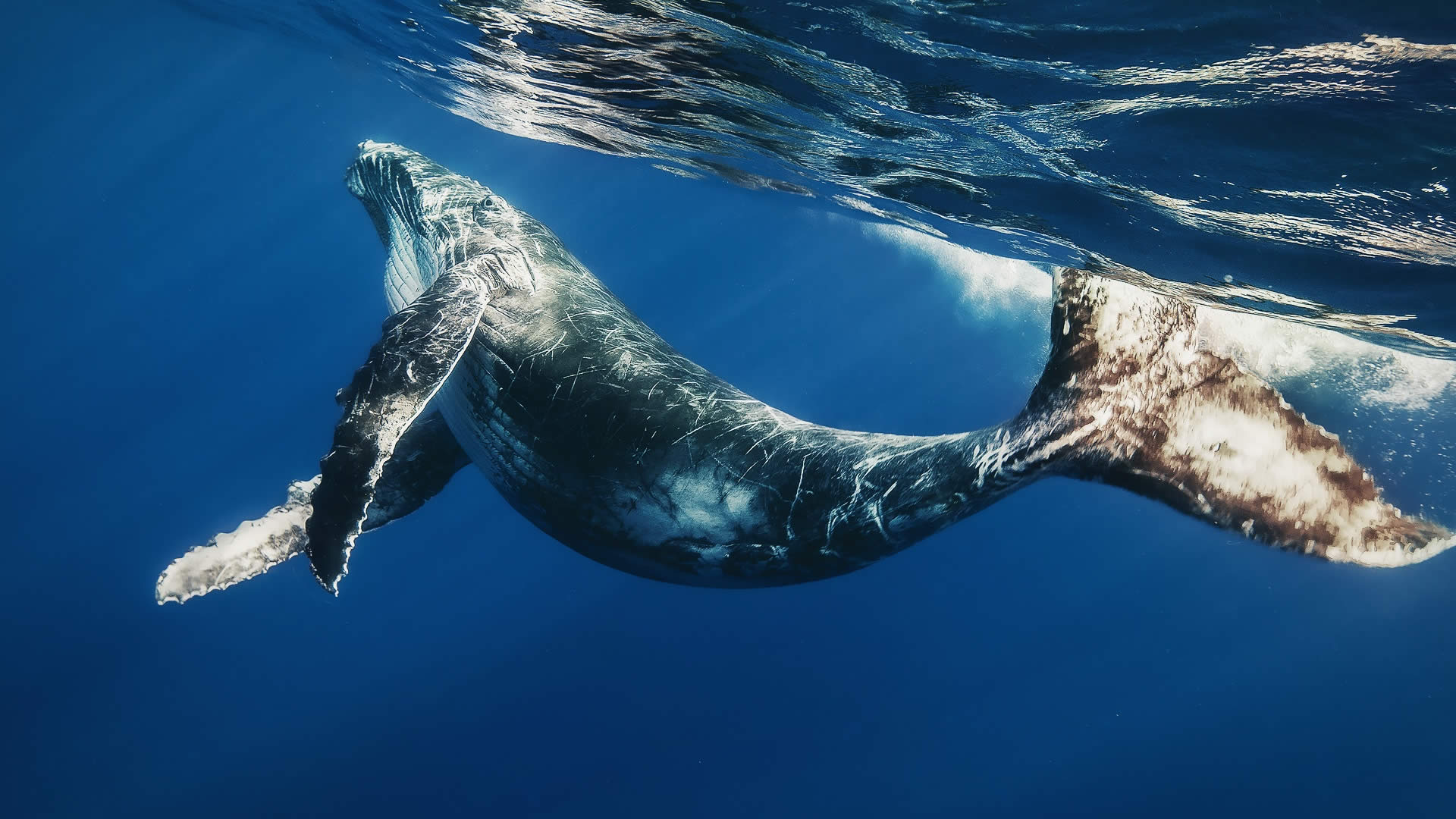 ALL PHOTOS ARE TAKEN FROM OUR GUEST HOUSE

It is nearly time for the annual Southern Right Whale migration from the Antartic to the warmer waters of South Africa’s Cape Coast. The whales normally arrive at the Mossel Bay coast at the end of June and depart by mid-November. The peak season is from mid-July to mid-October when whales can almost daily be seen from At Whale-Phin Guest House in Reebok, Mossel Bay. The Reebok area which is known as the best land based whale-viewing area in the Greater Mossel Bay and the Garden Route. 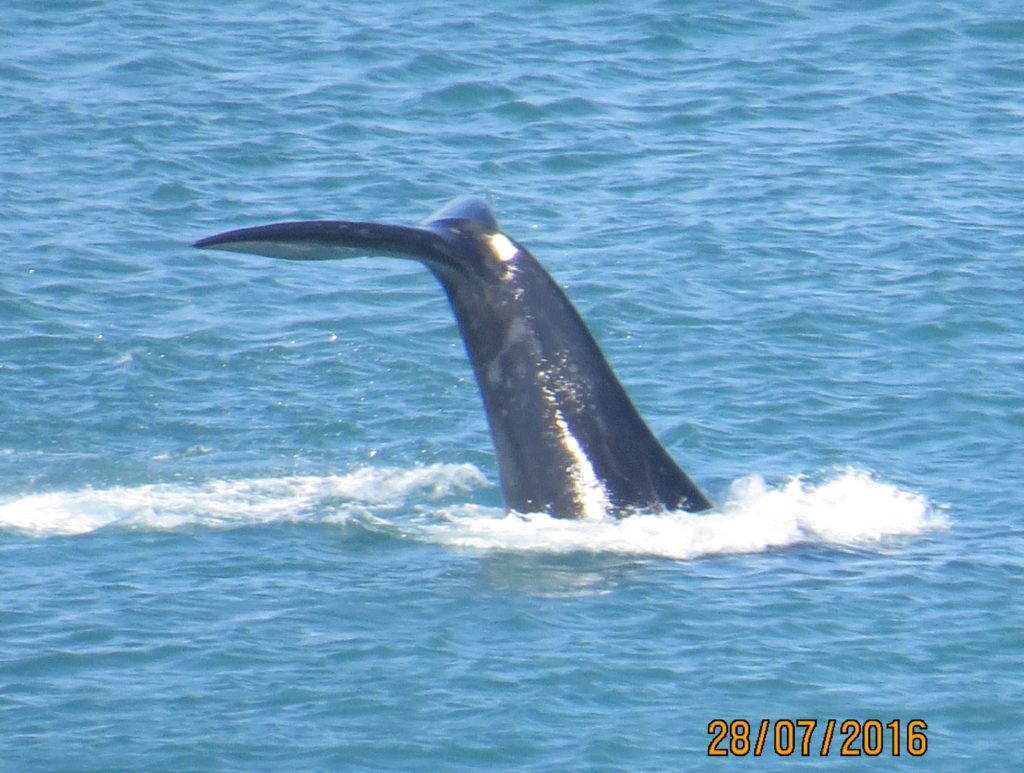 The whales come to the warmer waters of South Africa to calve in the calm waters of the bays close to the beach. Females calve once every three years, with a gestation period of 11 to 12 months, the calf is born tail first and near the surface. The newborn instinctively swims to the surface within 10 seconds for its first breath while the mother, using her flippers helps it. After calving the cow and calf stay in the same area, close to the beach for about six weeks before they move into deeper waters. About 4% of all calves born are albino calves. When born the calf is between 4.5m – 6m long and about the size of 4.5 elephants, it is nurtured with its mother’s milk (600 liters a day) and is weaned after about 1 year returning the next year as a juvenile with his mother. There are normally plenty of calves to be seen in front of At Whale-Phin Guest House in Reebok, during 2014 we were privileged having an albino calf for the third time in twelve years. 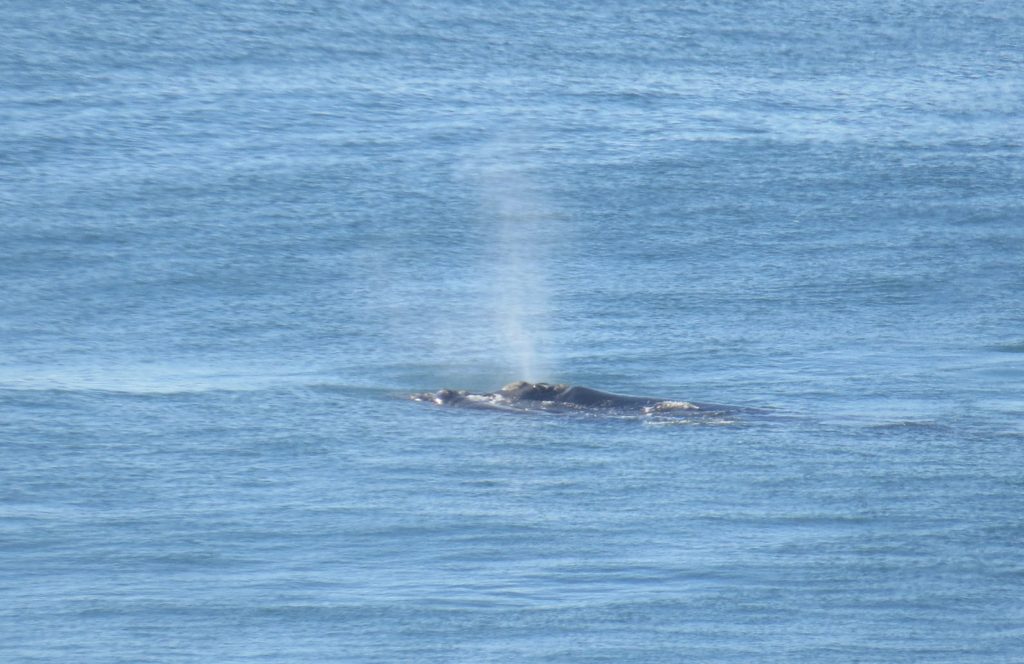 The first whales to arrive are the cows followed by the bulls and mating takes place in calm waters of the bay. From At Whale-Phin Guest House you can often see and hear a group of whales engaged in boisterous mating, with up to 5 bulls competing for the attention of a single cow who mates with most of them. The greater choice and variety of mates increases a female’s chance to produce more viable offspring, the bulls do not fight amongst each other but make use of sperm competition, a competitive process between spermatozoa of two or more bulls to fertilize an egg of a lone cow.

In South Africa only permitted whale watching boats are allowed to come up to 50m from this humble ocean giants, all other boats must stay away at least 300m. In Mossel Bay the Romonza, with a capacity of 50 tourists, is the only permitted boat and boasts a 98% success rate. At Whale-Phin Guest House acts as a whale spotter for the Romonza and when you book your trip through us, a special price applies.

While in Mossel Bay make use of the other exciting activities like walking with lions in the veld as well as feeding and walking with elephants, all at special prices if you stay at Whale-Phin. Make your stay worthwhile and book for a few days.  More about this next time. 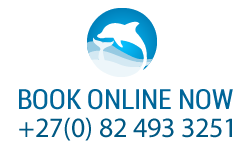 This message is only visible to admins.

Stay aware of the latest information on the COVID-19 outbreak, available on the WHO website and through your national and local public health authority. Most people who become infected experience mild illness and recover, but it can be more severe for others. Take care of your health and protect others.